Daniele's parents fled the Jim Crow South in the 1960s. They were hard workers with a vision and plan for their family, eventually establishing roots in Waukegan, Illinois. Her father worked in the auto-industry for 43 years before his retirement. Her mother worked as a respiratory therapist for the local VA Hospital for nearly 15 years before shifting her focus on real estate investment and develop within their community. In fact, her mother became the first African-American and first female general contractor in Waukegan. Daniele Johnson gained her strong work ethic, moral compass, perseverance and sense of community by watching her parents.

Appreciative of the sense of security, guidance, and healthy home environment her parents provided her and her six older siblings, Daniele Johnson realized her calling to help families. She first answered that call while in her third year of law school when she became court-certified to represent victims of domestic violence. During this experience, she realized how serious family dynamics can actually be.

Upon graduating from law school, she was hired by the Dauphin County District Attorney’s Office. There, she served as lead prosecutor of misdemeanor crimes and assigned to the Special Victims Unit, a team dedicated to prosecuting felony crimes committed against children. During her tenure at the DA’s office, her desire to advocate for others grew even stronger. As her understanding of the different areas of law developed, she realized that the most direct way to help families was to practice family law.

In 1999, Daniele Johnson relocated to West Cobb and began her career as a family law attorney, eventually owning and operating her own family law firm. She has served Cobb County families for the last 22 years in such matters as divorce, custody, child support, legitimation, and domestic violence. Additionally, Daniele Johnson is a certified Guardian Ad Litem, meaning, she is trained to determine the best interests of children who are at the center custody disputes.

Daniele Johnson believes in the concepts of legal transparency; credibility; impartiality; and the need to intently listen to those seeking relief from the court. For years, she has written on these topics in published articles for the Family Law Review, a publication of the State Bar of Georgia. To her, these are not mere words, but are notions she observes daily in her personal life and professional career. Her client reviews, peer endorsements, and awards exemplify her commitment to the legal profession and to the citizens of Cobb County.

Daniele Johnson received her bachelor's degree from Coe College in Cedar Rapids, IA, and her law degree from Widener University Law School in Harrisburg, PA., a recipient of a full academic scholarship. She and her husband, Erich, have been part of the Cobb Community since 1999, where they are raising their three children within the Cobb County school system.

Daniele Johnson is the only candidate who has a prosecutor’s background, an extensive family law career, a practical understanding of pre-COVID and post-COVID courtroom management and who is also a local business owner. Her balanced experience makes her uniquely qualified to serve as a Superior Court Judge.

She is Authentic. She is Informed. She is an Advocate. She is Good for Cobb. 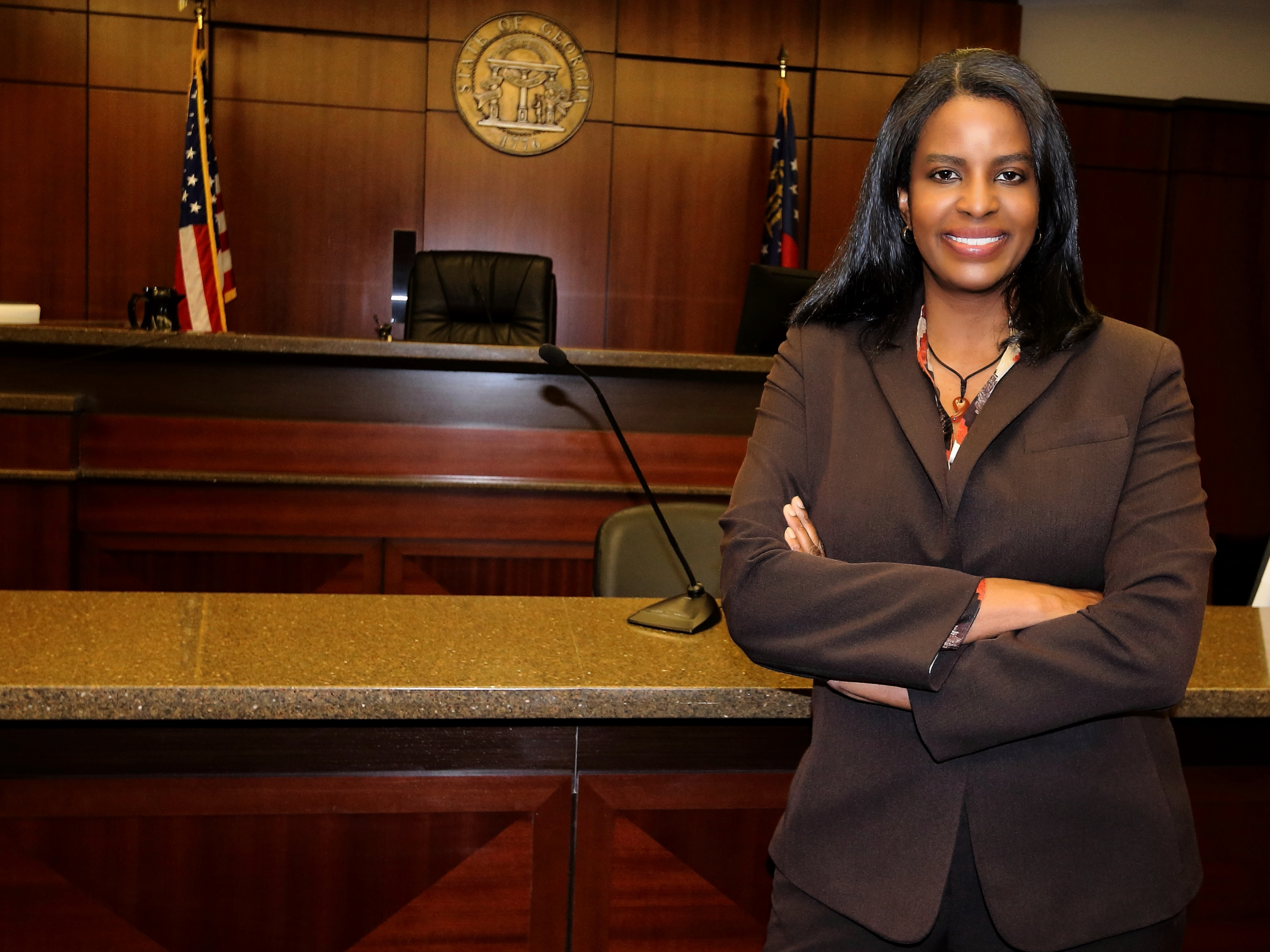 To speak with Daniele Johnson or to volunteer, please complete the form and she will respond